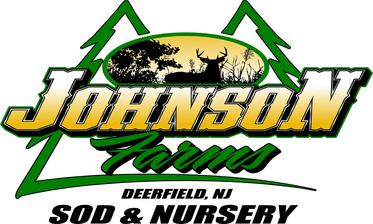 Johnson Farms is a premier wholesale grower of Sod and Nursery products. Our Farm consist over 1600 acres of premium field and container  plant material. We produce a wide assortment of Trees, Perennials, Shrubs and Ornamental Grass's. In addition to our Nursery, we grow over 800 acre's of Sod. Our Sod division, which is also available for retail; provides customers with both Tall Fescue and Kentucky Bluegrass.

Johnson Farms is committed to serving the Mid Atlantic and Northeast regions with premium quality Nursery and Sod to our customers. Our team is dedicated to providing the highest level of service and performance to meet the demand of our customers.

In the beginning of 1910, Charles F. Johnson moved into a small town known as Deerfield, NJ and purchased 185 acres of beautiful rich farmland.  Twenty five years later, his knowledge and hard work afforded him another 193 acres to increase his dairy and potato/ vegetable farm.  By the year 1952, Charles with his two sons, Albert and Donald operated the farm under the name of Charles Johnson & Sons.  In 1957 new crops like tomatoes were being produced for well-known companies such as Hunt’s Ritter’s and Campbell soups.  A few years later in 1962, the Johnsons decided to get out of the dairy operation and focus more on crops and added green beans to the mix.  This decision also helped support the local frozen food processing plant known as Seabrook Farms.  By this time, Charles Johnson & Sons were widely recognized by their community and neighboring states as a large potato grower with a big share of the crop sales going to potato chip companies such as Herr’s, Wise, Frito-Lay and Eagle snacks.  Several years in 1968, Charles passed away and Albert and Donald continued the legacy of their father under the name of Johnson Farms.  The two brothers over 20 years of their diligent work ethic allowed them to acquire an additional 775 acres.  This additional ground allowed them to increase the crops grown by adding sweet corn, spinach and peas.  In 1982, Albert, Donald and his three sons united in ownership to create what is now ‘Johnson Farms, Inc’.
​